DO ORTHODONTIC EXTRACTIONS CAUSE SLEEP APNEA? 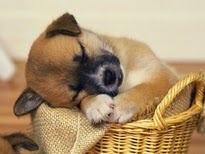 Sleep apnea (or #apnoea) is a serious condition resulting in excessive daytime sleepiness which can affect concentration and potentially increase accidents. It also increases the risk of high blood pressure and heart disease. More recently some proponents of myofunctional appliances (see previous Blog) have suggested that extractions can cause sleep #apnea. They state that extractions must reduce the jaw size and therefore the tongue space which in turn, forces the tongue back thereby compromising the airway. This sounds possible in theory but what is the evidence? I’m glad you asked!

It has been claimed that extractions narrow the jaws. Arch dimensions depend upon the points from which you measure them. If you measure the distance between the upper molars before and after closing premolar/bicuspid #extraction spaces then the distance between them does get smaller so it seems the jaw has become narrower. However if you measure between the canine teeth, the measured distance gets larger – what the? This paradox is due to the shape of the jaw being an arch which is wider in the molar region and tapers becoming narrower toward the canine teeth. As extraction spaces are closed, the molars move forward (into the narrower part of the arch) while the canines move back (into the wider part) but the actual arch itself has not necessarily narrowed, it can even have widened depending upon the mechanics and archform used by the treating orthodontist. Depending upon the reason for extractions (e.g. crowding vs. protrusive teeth) the front teeth may or may not move back. For example, if the extraction space is merely used to alleviate crowding, then the arch may not have reduced in size at all. However if the front teeth have been retracted back (to reduce protrusion) then there is potentially less space for the tongue.

Studies looking at patients with protrusive upper and lower teeth requiring extraction of four teeth (two upper and two lower first bicuspids) have varied in their findings. There are a number of limitations to these studies as some use imaging systems which only evaluate in 2-dimensions (x-rays), the subjects are upright and not lying down as we do when asleep (when apnea occurs), and none assess the dynamic changes in the airway with function even if in 3D (e.g. CT) so they only offer a limited appraisal of the subjects airway. Keeping this in mind let’s examine their findings. Two studies in American and Arab subjects found no change in the upper airway as did a third study.  However three other studies in Oriental and Indian subjects did find a reduction in the airway size. So why the difference in findings? Apart from random chance, there could be racial differences in the response of the airway to movement of the teeth. In addition, a 7th study in Turkish subjects examined trying to retract the teeth a lot (maximum anchorage) vs. not much or none (minimum anchorage) found there was an increase in the airway in the minimum anchorage cases while the maximum anchorage cases where the goal was to retract the front teeth as they were too protrusive did result in a reduction in the airway dimensions. One of the studies found that the reduction in airway seemed to mostly be related to any retraction of the lower front teeth potentially making less space for the tongue. Protrusion of the front teeth is more common in subjects with an Oriental heritage than in those of European ethnicity and so the goal in Oriental subjects undergoing extraction treatment tends to be aimed at greater retraction of the front teeth.

So perhaps extractions where the goal is to retract the front teeth as much as possible may reduce the airway size in some patients. Most orthodontics patients in Western countries are treated without extractions (only ~15-20% in the USA and Australia for example) and an even smaller number of these are treated with four premolars and a minority with maximum anchorage. Blockage of the airway in apnea is not always at the base of the tongue and many are behind the soft palate or velopharynx. What we must also consider is that a reduction in the airway size on an x-ray does NOT mean that you will develop sleep apnea as the airway will still be sufficiently patent for most if not all. Conversely studies using plates have found that despite advancing the lower jaw and potentially increasing the airway, ~13% of subjects actually got worse! Research has also demonstrated that measures of the airway volume or area could not predict who would respond to treatment. Sleep apnea is a complex condition with those highest at risk being middle-aged, over-weight males and the use of alcohol and sedatives can also increase the risk.

What do humans and bull-dogs have in common? We both can suffer from snoring and sleep apnea (well, about 3% of humans do)! Bull dogs are the result of selective breeding (believed to be mastiffs and pugs) resulting in an altered facial and airway form. One theory for humans is that to evolve the ability of speech, this required our jaws to be shorter, the tongue positioned further back and our larynx to descend. Speech was a major advantage and the backward and downward positioning of our faces was not a disadvantage for an animal (that’s us humans!) that on average only lived to about 50 years of age until about 100 years ago. However now with many living into their 80’s and beyond a backward positioned tongue due to evolution’s ‘selective breeding’ may be placing a small number of us at risk for obstructive sleep apnea (#OSA). Based upon current research we cannot with certainty totally discount that some may be at more risk with extractions, but if there is a risk it would be a small percentage of the subjects that meet the criteria of maximum anchorage and other risk factors so it would be a very small risk indeed if it does exist at all.

Dr Peter Miles is the orthodontist at Newwave Orthodontics in Caloundra, Australia and teaches orthodontics part-time at the University of Queensland. He is a visiting lecturer at Seton Hill University in the USA as well as lectures internationally. Peter is one of the editors and authors of the orthodontic textbook, ‘Evidence-Based Clinical Orthodontics‘.