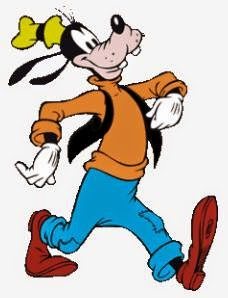 Protrusive or bucked top teeth are at a higher risk of trauma but how much is this risk and should you seek early #orthodontic treatment to reduce the risk? Kids run around and can’t be protected from all harm so it is no surprise that some trauma will occur. A recent systematic review, one of the highest levels of scientific evidence, found that the risk of trauma in children having orthodontic treatment at the ages of 9 – 10 was 19.8% while those receiving later treatment in adolescence (say ~13) it was 29.2% so there is a 9.4% additional risk of trauma if delaying treatment.

This sounds ominous to some but most are not at additional risk. The studies this review were based upon also concluded that early treatment led to more overall time and cost than later treatment. Some would therefore choose to delay treatment but some of the more active/sporty patients or those not willing to bear the risk will seek early treatment. However what type of trauma are we talking about? This is discussed in the textbook I helped edit and author titled, Evidence-Based Clinical Orthodontics.

One of the clinical trials included in the review quantified the types of trauma seen in those receiving early or late treatment and they found that 80% of the trauma was in the enamel only (small chips as pictured) while 19% were more involved and into dentine while only 1% had reached the nerve. If we then consider major trauma to be only the dentine and nerve involvements (or any knocked out) this is only ~20% of all the additional trauma. This then gives 20% of 9.4% (or 0.2 x 9.4%) which is only a 1.9% higher risk of a major trauma if delaying treatment until the age of ~13 rather than treating at age 9-10. This then allows you to make a more informed choice about the risk of trauma if choosing to delay treatment of protrusive upper teeth until all the adult teeth have erupted.

Dr Peter Miles is the orthodontist at Newwave Orthodontics in Caloundra, Australia and teaches orthodontics part-time at the University of Queensland and is a visiting lecturer at Seton Hill University in the USA.